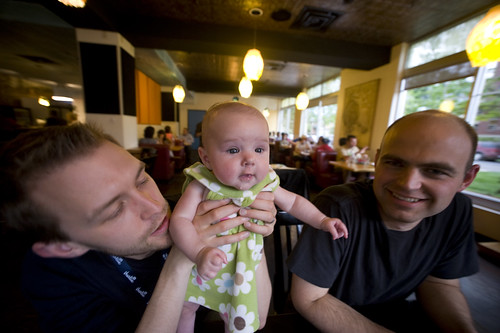 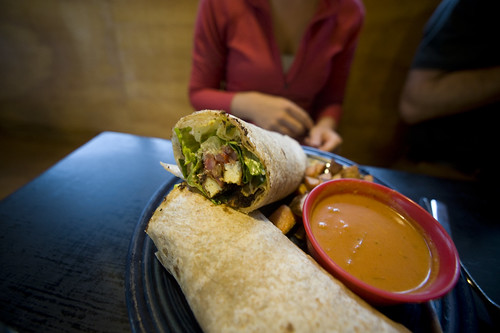 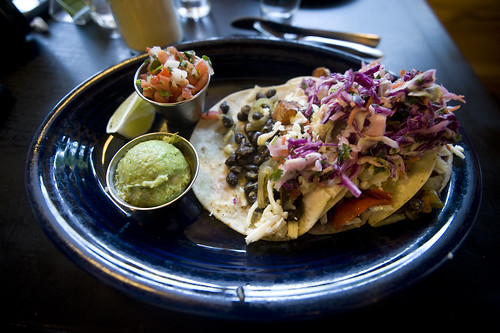 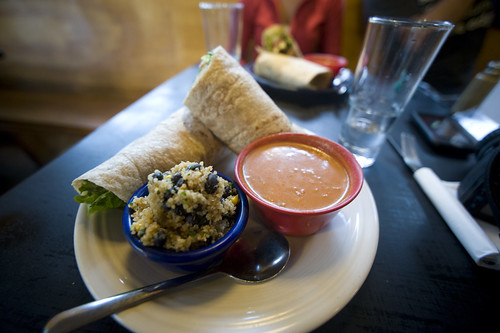 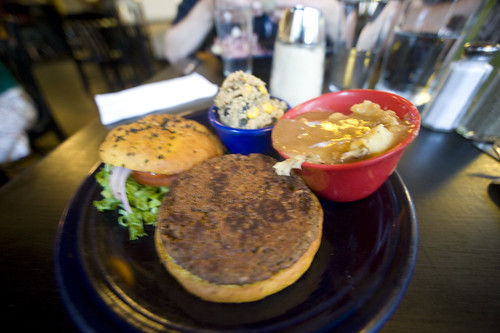 The week was winding to a close. We had been having a blast. BUT I was doing my best to keep Nora on her schedule (which meant getting up at 0530 in Denver, 0730 our time, while keeping up with Paul, Brent, and Tim and their late hours. Not that I'm complaining. I'm just pointing out that it is a bit of a challenge remembering all the events of the evening when we dined here.

I remember the display case of desserts at the front of the restaurant. (How rude of me to start with the sweets.) I was enthralled with the idea of sweet potato cinnamon rolls. I love cinnamon rolls and am learning how to bake sweet potatoes into new, and tasty sweets. The large rolls were $1.25 each, and I couldn't imagine eating a large beauty by myself. However, later one of the boys told me I could have bought four of yesterday's rolls for only $1 each. I could have shared them with the three guys for breakfast on Wednesday, which would have made them quite happy. Sorry I didn't think about it then. However, I'm really interested in buying some fresh sweet potatoes and trying my hand at such a wonderful creation.

This time, the service wasn't as great and the wait for a table seemed ridiculously long. It also appeared our group of four were skipped. However, there wasn't an attendant nearby long enough for me to ask. The delay turned me off just a bit, but I expected the food to be worth it.

I ordered the Blackened Caesar Wrap that held my attention from Thursday night to Tuesday night. Paul ordered the veggie burger. And although you can't tell it from the blurry picture, the veggie toppings looked quite fresh. Tim had the tacos, which he said were quite delicious. (He just wished there was more of them.) And Brent had a Greek Salad Wrap.

All the sandwiches came with sides. You can see four of the options in the pictures: sweet potato home fries (There was also white potato.), couscous salad, mashed potatoes and gravy, and tomato coconut curry soup. The soup was fantastic and I loved the fries. The salad had a great dressing, and the mashed potatoes and gravy tasted very traditional with a strong flour flavor.

Once again, there was so much food, I could only finish half of my wrap along with my sides. (No one was gonna get a hold of my soup minus the tiny taste I gave Paul.) I cut the remainder of the wrap in half and fed half to Paul and half to Tim. Although it was really good and I had been looking forward to it since my previous visit, Tim's words summed up my thoughts best. "The wrap is good, but if there was just more of the tacos, I'd like it best."

Thanks Tim and Brent for the fun entertainment and patience. And thanks to Brent for making sure the food got photographed.