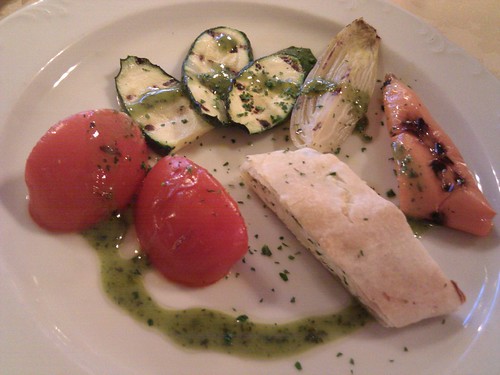 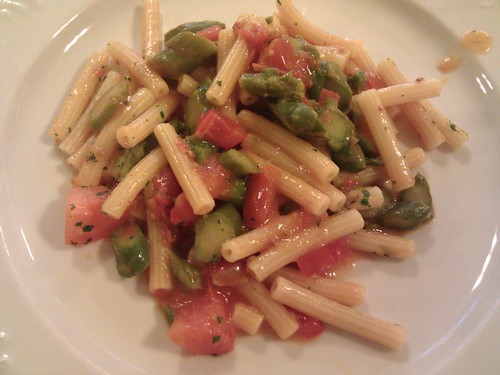 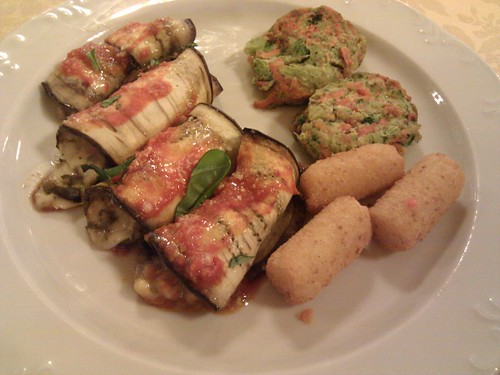 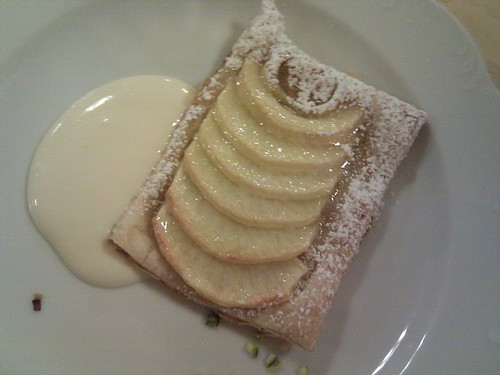 It's about time for breakfast, and seeing these photos has me remembering the food so fondly, my stomach is about it get angry. Stresa was one of my favorite places to visit in Italy--basically because we were on the go so much that lounging around by the lake seemed like a wonderful idea. We had a wonderful family-run hotel that offered wonderful amenities, including the opportunity to have a menu created just for us for a whopping €15. Food is generally quite expensive in Italy. Most meals for the three of us ran about €35. So Hotel La Palma gave us a real bargain at a great price. . .and some inspiration to boot!

Grilled vegetables were very popular in Italy. This was one of the restaurants that did it the best with some of the best variety of vegetables. I loved that they were served with a purpose. To be eaten with bites of fluffy phylo dough wrapped around ricotta-style cheese. It was very good.

Next we had a simple pasta of great tomato sauce and vegetables, the focus vegetable being asparagus. It's just so rare to have plain tomato sauce on pasta. Sure, it's available. But what's wrong with experimenting with adding veggies to it?

Our "meat" course was eggplant slices rolled up around Scamorza cheese. One thing's for sure. Italy has a larger variety of cheeses than we do. The eggplant was clearly a lot of work for the poor kitchen staff, but they did well. I am used to my eggplant having a little more sauce; so I felt it was dry. But it had great flavor. Take a look at the "tater tots" in the picture. I was so amused that the menu called them baked potatoes. If you need to feel good about eating them in America, just put them in the toaster oven and call them baked! The vegetable medallions were shredded carrots and broccoli formed into a patty. By that point, everyone had eaten so much else that they had little interest in the veggie patties. They crumbled easily, but otherwise tasted just fine. Such a creation is perfect for new babies.

By the end, the thought of dessert was almost scary. Everything had been so wonderful, but some people didn't realize how much food we had and couldn't imagine a dessert. Leaning more toward the German influence of the northern part of the country, we were served a lovely apple strudel with vanilla sauce. Not overly sweet. Just perfect.

Hotel La Palma provided a wonderful, friendly environment for private and semi-private group dining and an incredible menu for vegetarians. Once someone told me they quit being a vegetarian because they could never figure out what they were being served. Well, the menu is a great idea for answering all the questions. But even at that, it was pretty obvious what we ate and enjoyed.