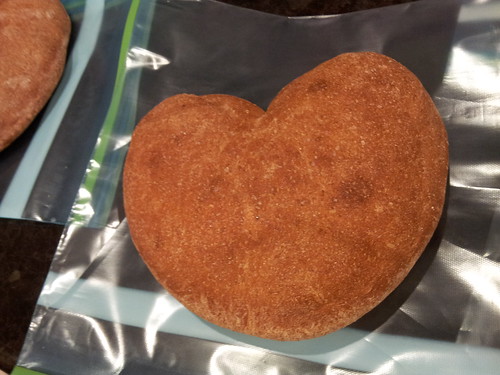 Since we didn't get around to doing anything special for our friends at Christmas thanks to a sick household, I tried to make up for it today by preparing a more special Valentine than just a little card. Entitled "A Sweet Heart for a Sweetheart," I made bread in the shape of hearts. Sort of. Since I hadn't done it before and am in no way a baker, I made some mistakes. (See below.) But frankly the nearly 3-year-olds that receive them aren't going to care that much. They just like the taste. I used our favorite wheat bread recipe. Then, during the second kneading (by hand) I used a cinnamon-sugar grinder to shower the bread. Once it was in the pan for the second rising, I sprinkled it with more cinnamon-sugar. Remember, both the kneading and sprinkling are great activities to do with kids. You can't over-knead, and it's hard to overdo the cinnamon sugar with a grinder because little hands get tired.

My recommended method for heart shaping is to elongate the ball of dough with a slightly narrower bottom to it. 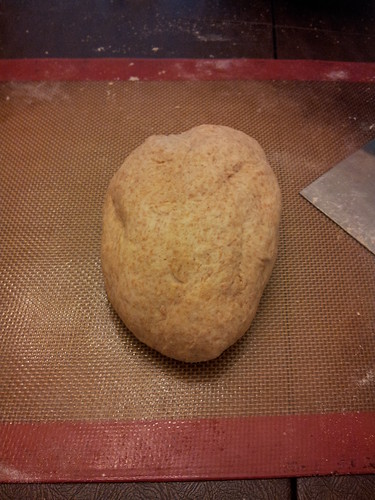 Use a sharp edge to cut half way down the center. (I use the same chopper/scraper that I use to divide the dough.) Separate the two sides into the heart. It will look weird, but rises and bakes much better. 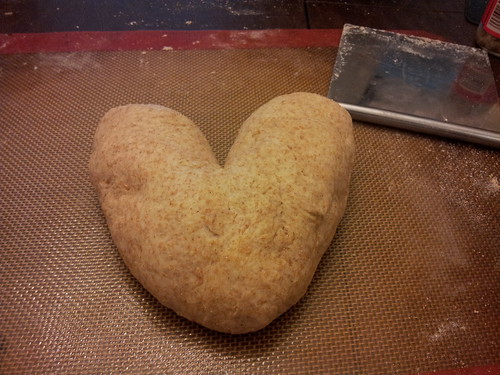 If you don't cut far enough down, it may look like this. 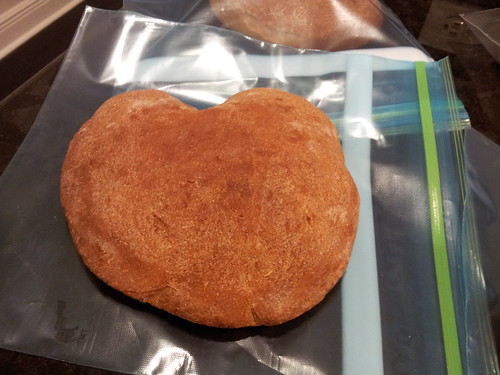 I prefer glass in my baking, but I only had one pie plate large enough to hold the hearts. Not being a pro, I used smaller dishes that yielded this. 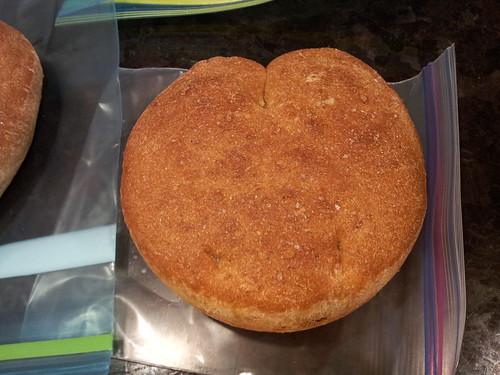 One loaf of bread made two hearts, but in truth they were quite large. If you want it for just one serving-size, it will easily make 4 or 6.

Happy Valentine's Day to you! May you have a Sweetheart of your own!